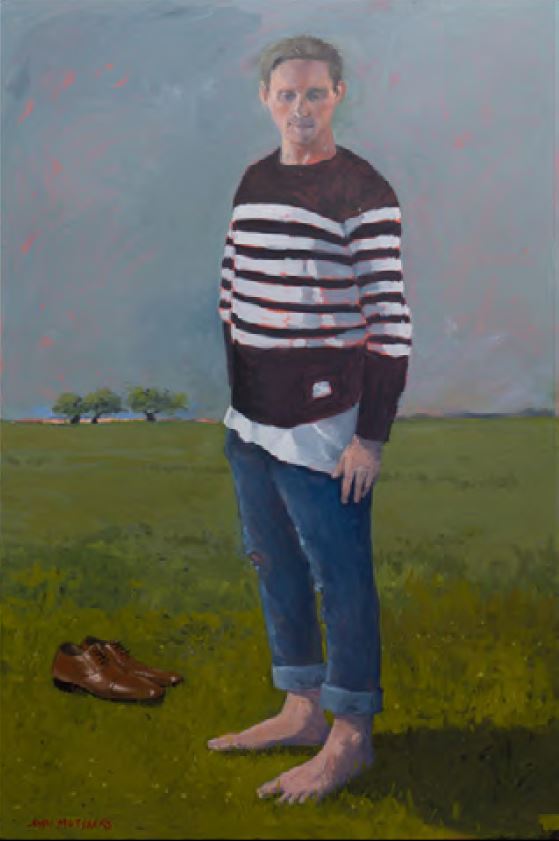 John has been a full-time professional artist since 1986. So far he has held 37 solo exhibitions including a successful London exhibition in 2006 and a group  exhibition with selected Australian artists in Shanghai. This successful exhibition was held with the assistance of the Australian Trade Commission in 2008.
His work is influenced by painters such as Archie Colquhoun, John Singer Sargent, Vincent van Gogh, Max Meldrum, Lucien Freud, Fred Williams, Kees Bol and John Balmain who taught him the principles of tonal painting. His work is represented in public, corporate, and private collections around the world, including Holland, England, Ireland, USA, China, Canada and Australia.

John was born in Eindhoven, The Netherlands in 1942, and comes from generations of artists on both sides of his family. He arrived in Melbourne in 1956.
Although he mainly paint in oils he also loves to sculpt and his first international success was a sculpture based on C J Dennis’ poem, “The Sentimental Bloke,” which, was sold in New York in 1994. His large stone and steel sculptures, “Forks in Spuds,” were a featured solo exhibition for two months in six locations around Federation Square and on the banks of the Yarra River in Melbourne in 2008. The sculptures were part of an artistic response to the United Nations’ call for an end to world hunger. They are now permanently placed along the Princess Highway near Trafalgar, Victoria, Australia. more work can be seen here:

(Semi finalist in Doug Moran National Portrait Prize 2018.) Painting my son Michael-John gave me the time opportunity to spent more time with him, not only as, artist and sitter, but also father and son.

Mike’s intelligence, humor and insightfulness simply emanate from him. He has traveled on a reflective journey through difficult times in his life arriving here with profound confidence. Like the painters in my Dutch heritage I too like to paint narrative. I choose to place Mike barefoot in a lush green landscape to represent his new found grounding. He stands  tall, feet firmly placed. I have endeavoured to capture in Mike’s expression his strength and insightfulness.